From the Ringhausburg to a venue for markets and festivals

The cultural centre of the town and the pride of its inhabitants is Blankenhain Castle. Built around 1150 on an elevated plateau, the castle dates back to a Romanesque ringhouse castle. The shape of a closed, irregular oval gives the castle architectural rarity value. Particularly worth seeing are the stair tower, the courtyard gate, the oriel with relief sculpture and the oriel busts decorated with Gothic coats of arms.

In the 13th century, the castle was owned by the Lords of Blankenhain, and later the Counts of Gleichen (1416-1631) moved into the complex. After fires in the 17th century, the originally late Gothic castle was rebuilt with modifications by the counts of Hatzfeld. It has survived in this form until today.

Today, the castle is the venue for wedding ceremonies, markets, festivals and cultural events and can be rented for private celebrations or conferences through the Stadtverwaltung Blankenhain. 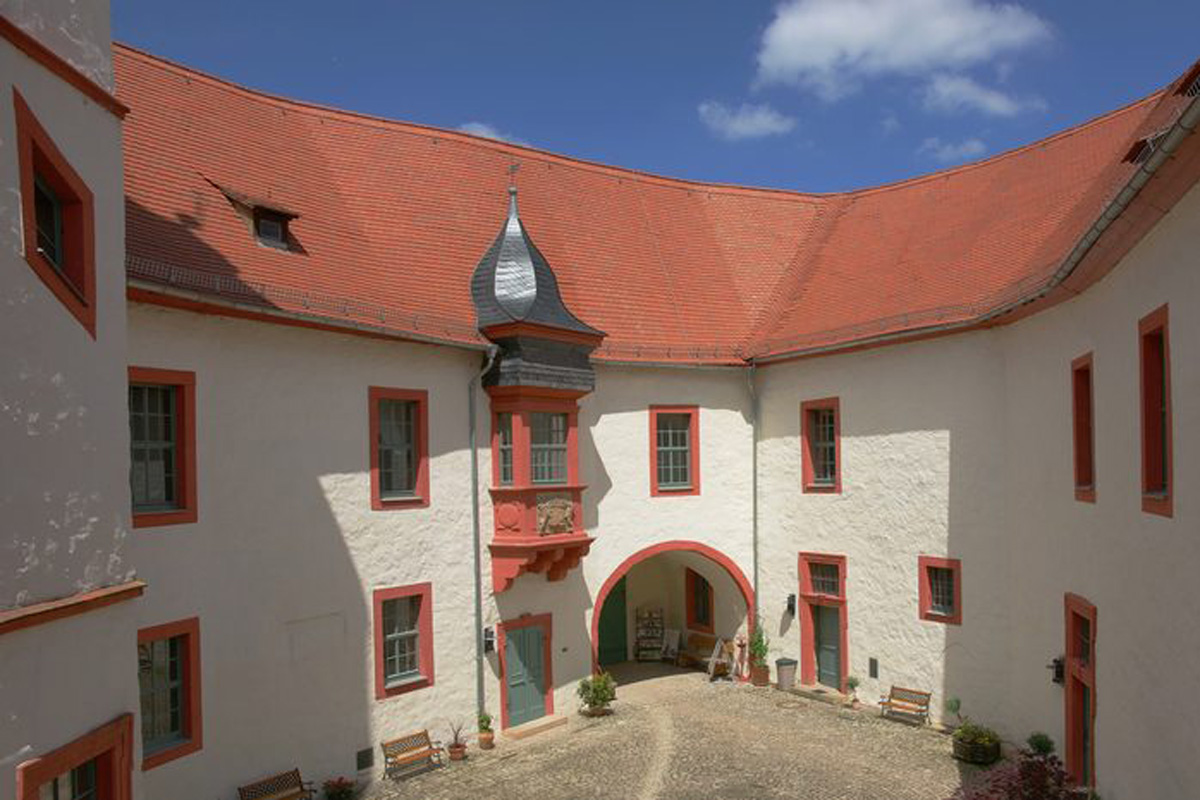 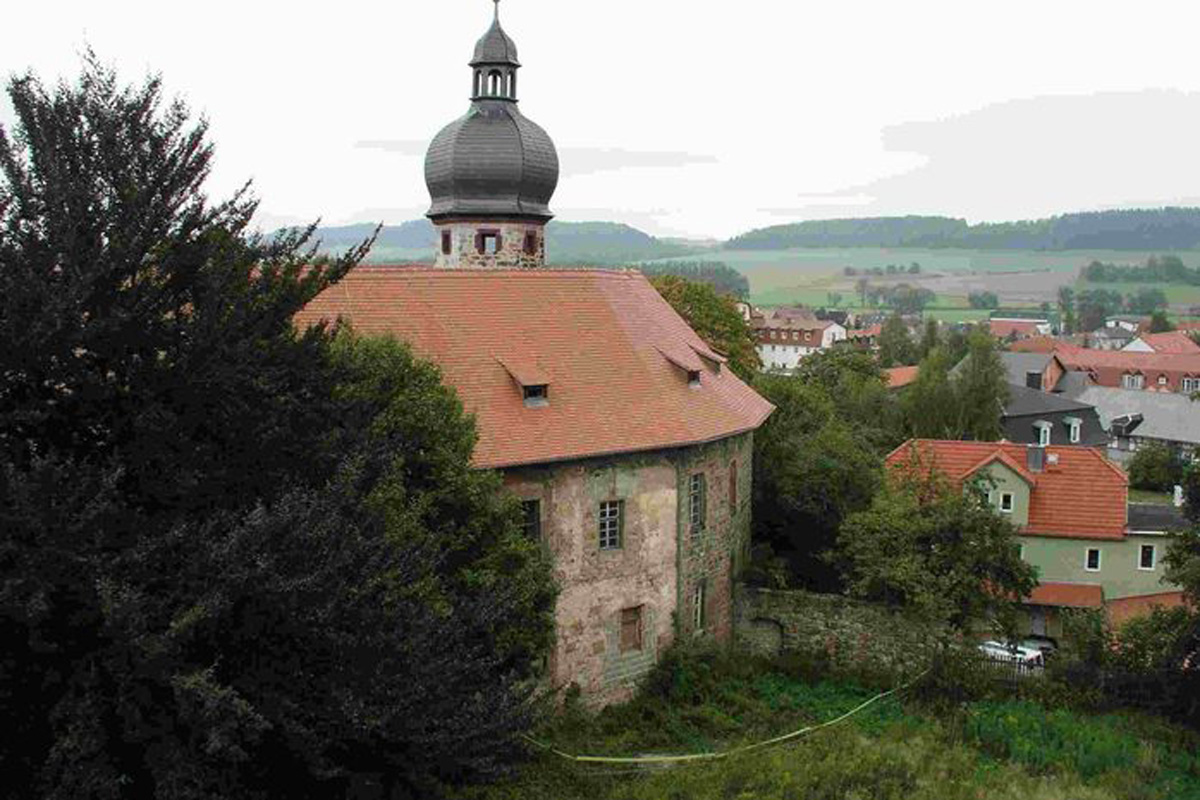 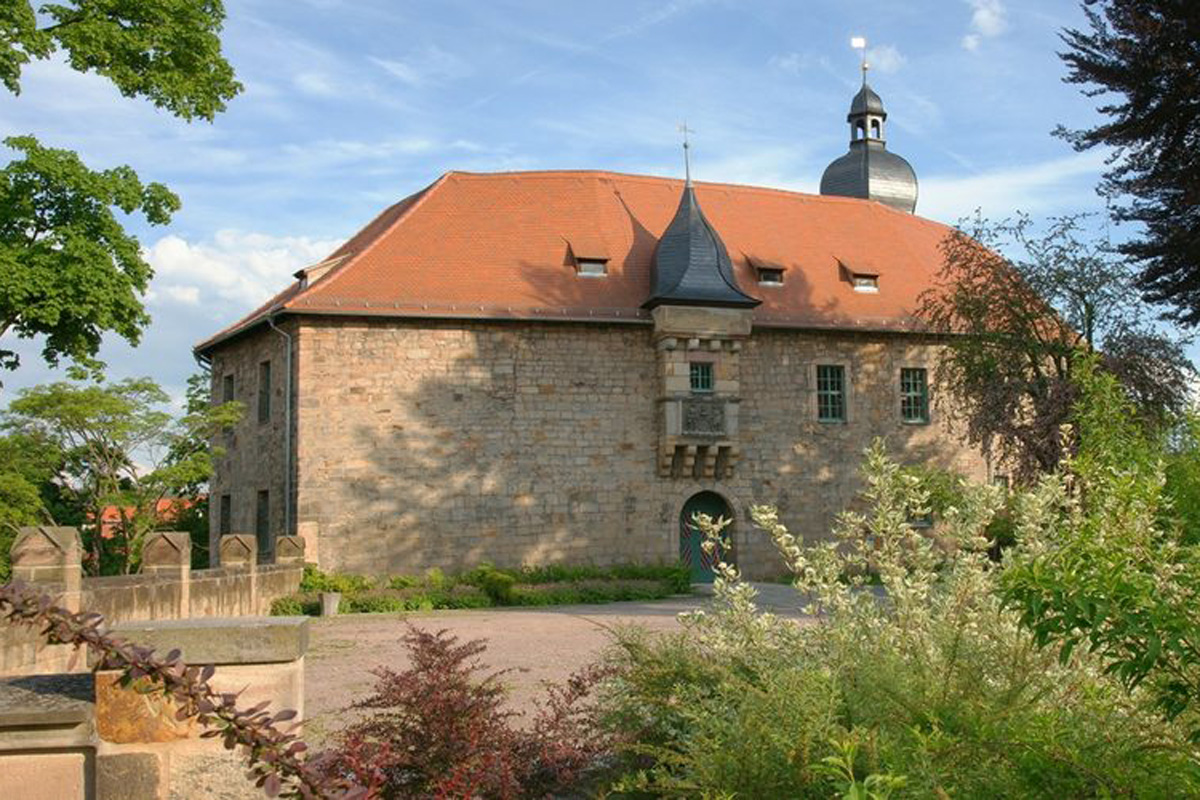 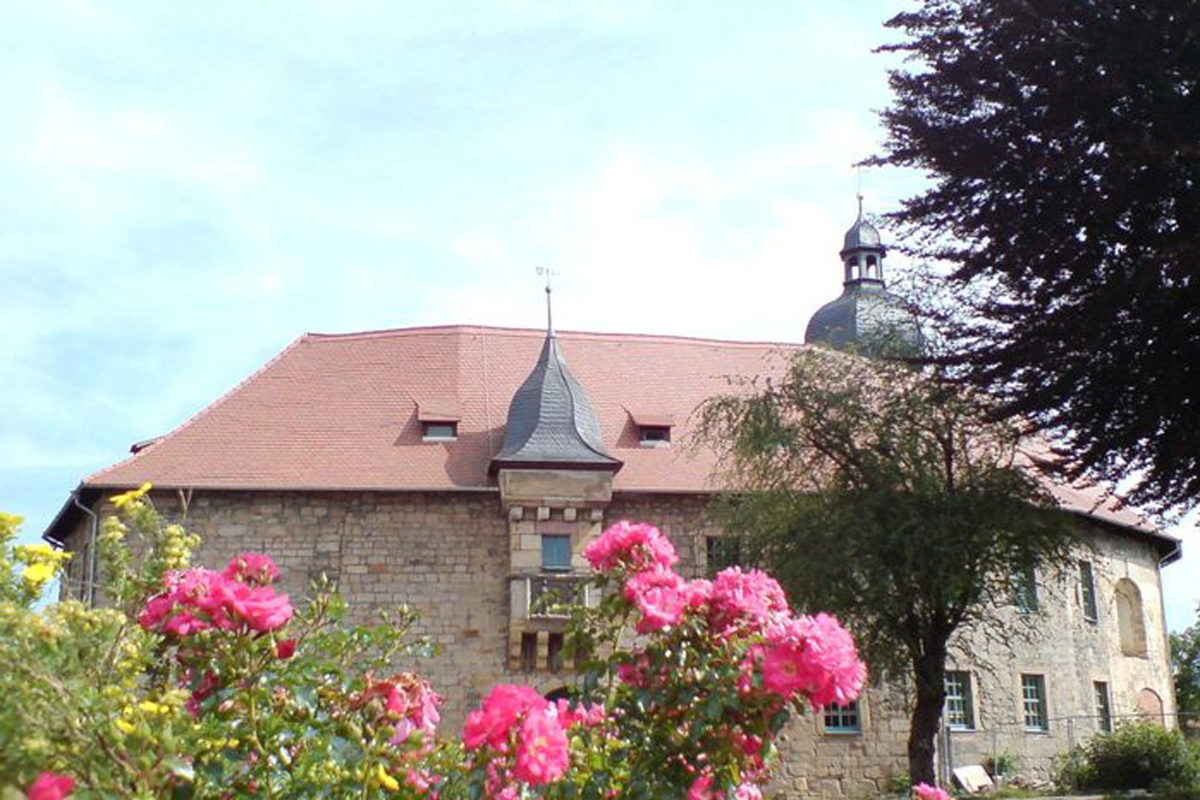 On request
Here you will find the current dates for events in the castle.