Weimar – cradle of an entire epoch, the Weimar Classicism

In the centre of the Weimarer Land

Weimar – The City of Culture

The residential town in the middle of the cultural state of Thuringia shines with a great past and many famous personalities who were attracted then as now. In addition, there are many monuments and sights that tell the story of the great times of this city. Strolling through the alleys and streets, visitors can literally feel and hear the stories, words and events as if they were there.

The birth of a new era

Under Duchess Anna-Amalia and her son Carl-August, Weimar Classicism experienced a cultural boom at the end of the 18th/beginning of the 19th century. Nevertheless, J. W. Goethe remains the most important name in the long list of world-famous Weimarians by choice who helped establish Weimar’s reputation as a city of culture.

Important chapters in history were written by well-known personalities such as:

Their houses and places of work in Weimar have been preserved and are open to guests.

Places worth seeing from history

UNESCO has designated the poets’ houses of Goethe and Schiller, parks and gardens, magnificent palaces and the Duchess Anna Amalia Library as World Heritage Sites. The sites of the Bauhaus, founded by Walter Gropius in Weimar in 1919, are also immortalised in this world memory. Hundreds of thousands of visitors come to the city every year just to explore them.

The vibrant culture of Weimar

Weimar’s guests are not only on museum trails. Many enjoy the charming city with its cafés, cosy pubs, chic restaurants and a packed calendar of events. The festival series in Weimar traditionally opens in April with the Thuringian Bach Weeks. This is followed by the cabaret festival in the Köstritzer Spiegelzelt in May/June and the Whitsun Festival at Ettersburg Castle. And even in summer, culture doesn’t take a break in Weimar: the highlights are summed up in the “Weimar Summer”, which has a different surprise in store every evening.

Culture that goes through the stomach

In autumn, Thuringia’s largest folk festival, the famous Zwiebelmarkt (onion market), always takes place on the second weekend in October. This was first celebrated as a market for fruit and field crops on 4 October 1653. The Weimar Christmas in Advent, is also a popular travel occasion.

Places of interest in and around Weimar 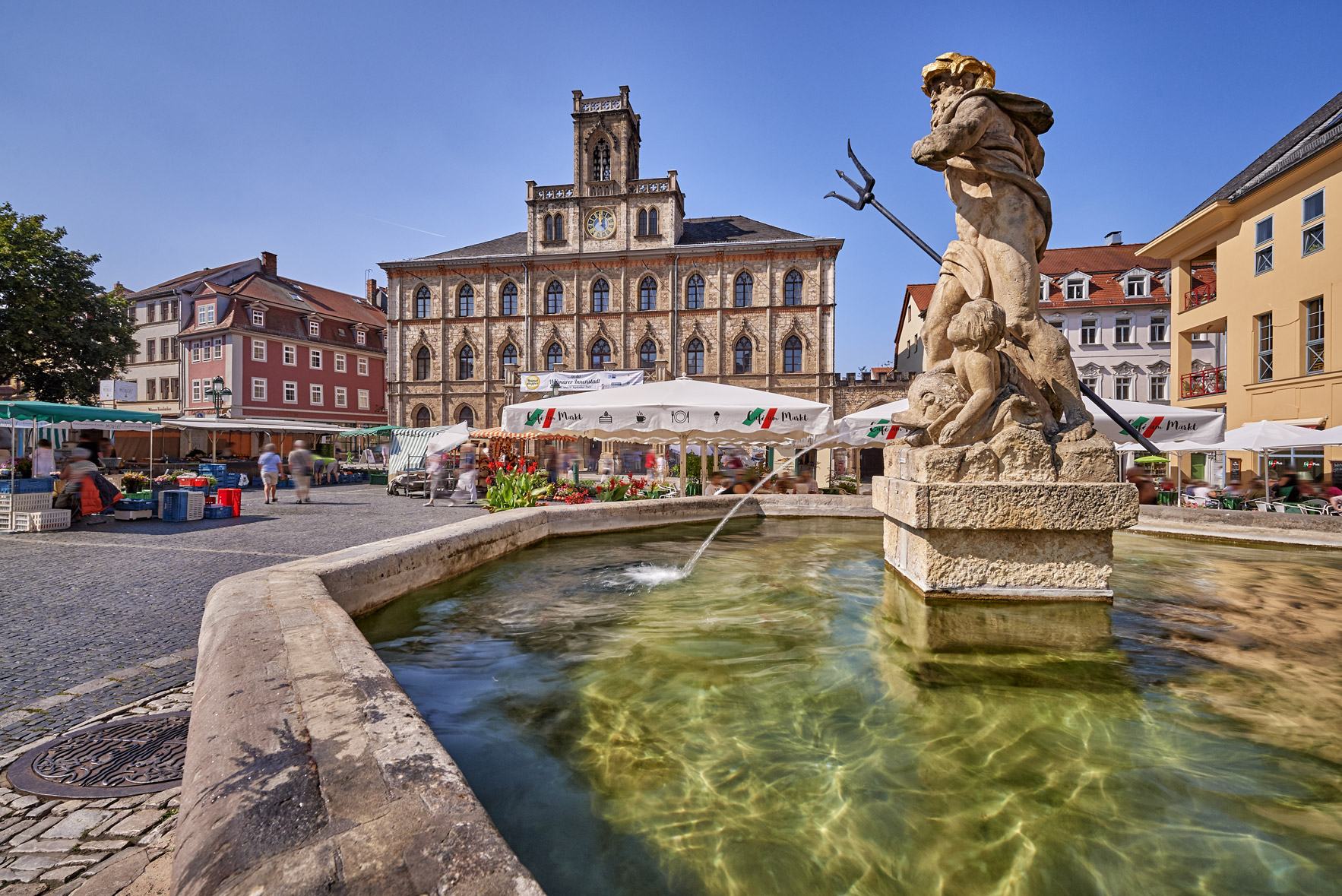 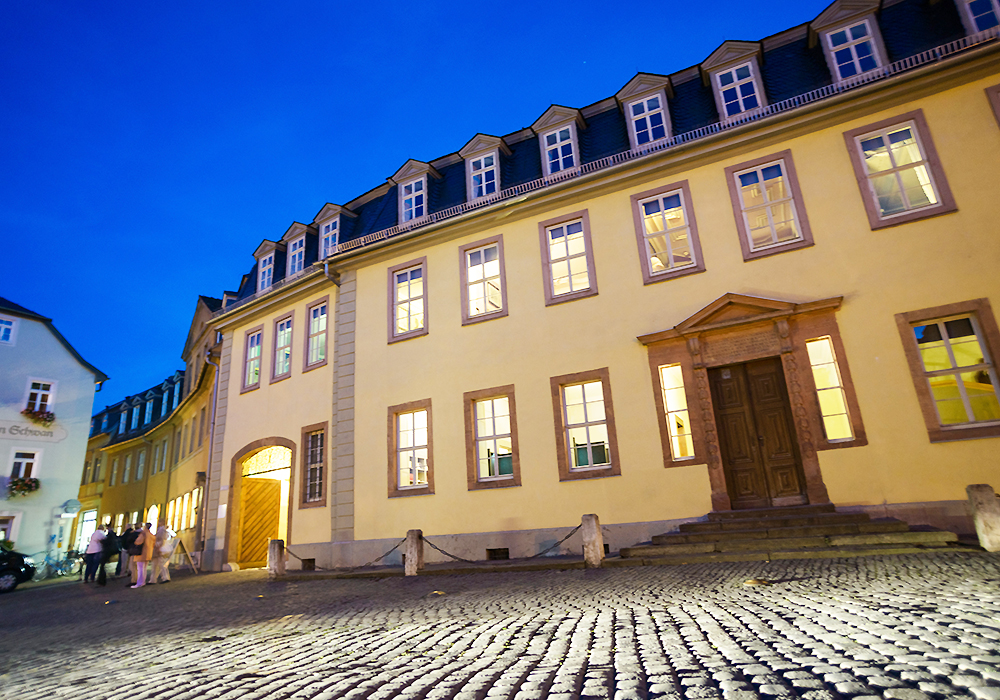 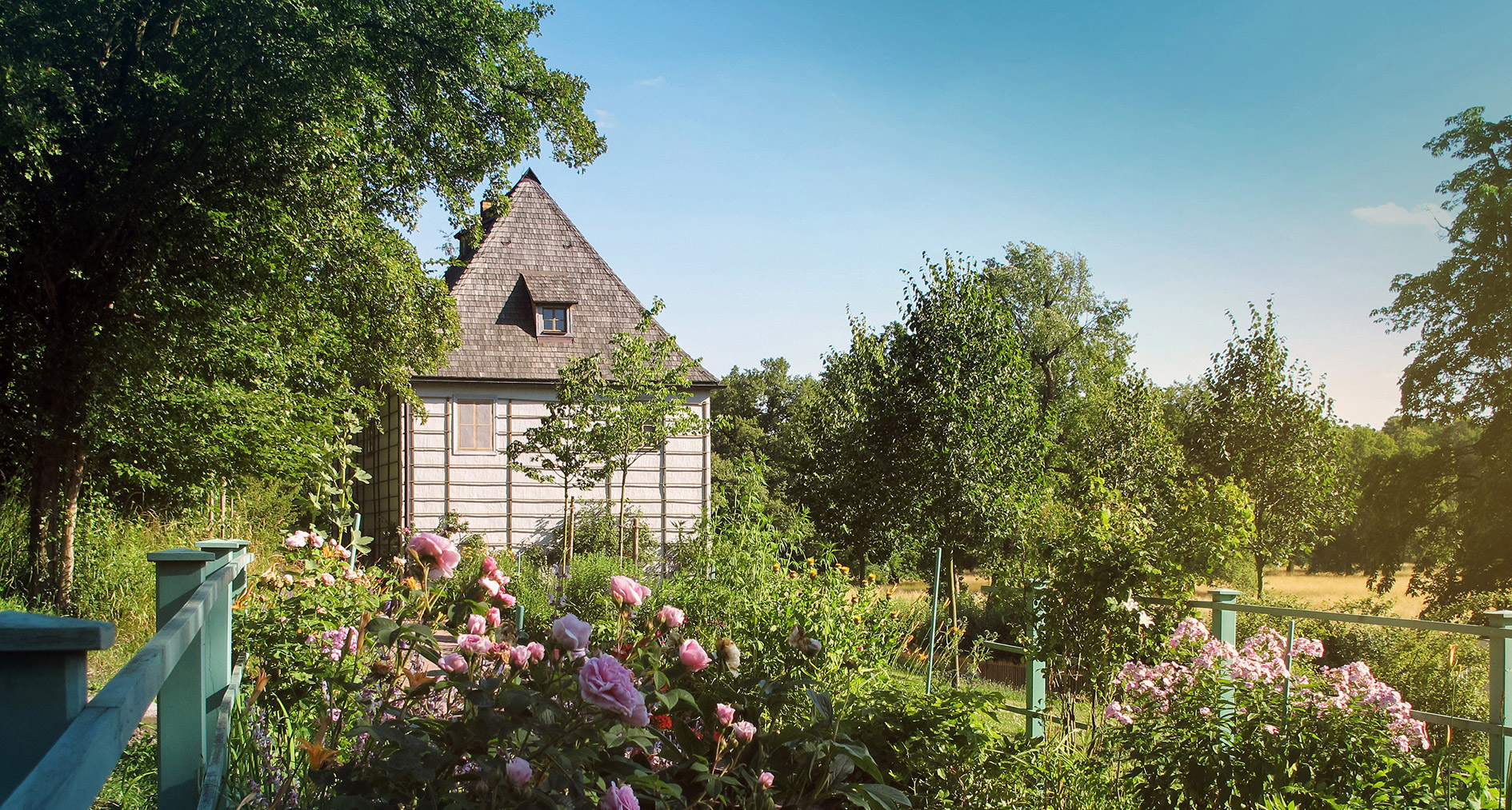 Whether cultural festivals, concerts, theatre, exhibitions or leisure events – you can find an overview of all events and highlights in Weimar in our events calendar.

to the calendar of events

Welcome to the Weimarer Land. Our tourist information staff will be happy to answer your questions, give you holiday tips and help you plan your trip – on the spot, on the phone or by e-mail.

Your professionals in the Weimarer Land

< to the overview of the cities